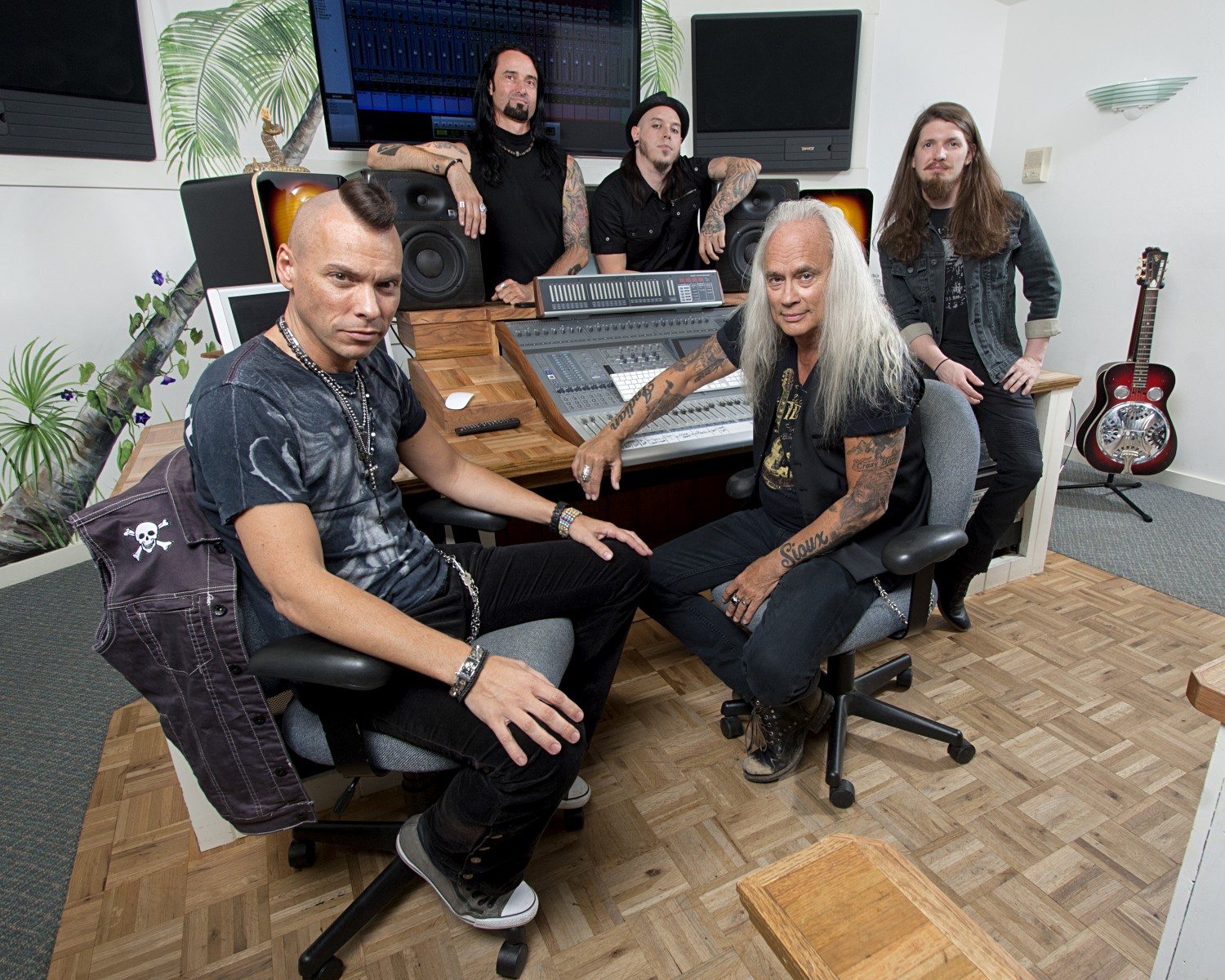 Rickey Medlock is best known for his work with Blackfoot and Lynyrd Skynyrd, first getting together with the Skynyrd crew in the early 1970s. But music was a part of Rickey’s life well before the “Sweet Home Alabama” and “Freebird” hitmakers were around. He began playing guitar and drums long prior to his teenage years. Even earlier, as a three-year old, he was performing on-stage with his grandfather, noted Delta bluesman Shorty Medlock.

Nowadays, between tours with Skynyrd — he rejoined in 1996 — Rickey stays involved with Blackfoot, which he had formed after high school. Now touring in support of the Southern Native album, released via Loud & Proud Records, Blackfoot returns to the area with a Nov. 15 show at B.B. King Blues Club & Grill. This show in Times Square will feature Rickey on-stage alongside lead guitarist/vocalist Tim Rossi, guitarist/vocalist Rick Krasowski, bassist Brian Carpenter, and drummer Matt Anastasi.

Rickey caught up with Downtown about Blackfoot’s early days in the East Village and what he has coming up for him. More info on Blackfoot can be found at www.blackfootband.com, beyond the group’s official Twitter and Facebook accounts.

Rickey Medlock: I remember we moved from Gainesville, Florida to try and cut product for a record label that was in with CBS. We had a flat in the East Village between 2nd and 3rd Avenue and was finding it was going to be a tougher road that we had thought. After being there, within a week, all of our gear was stolen out of our trailer and we had no equipment or money to even think about buying more. Fortunately, a guy that worked at the label took it upon himself to hook us up with more gear and we were off and running again. Very tough back then for a bunch of Southern boys to come up north and find work at all. But first show was out on Long Island opening for an already-established band called Rhinoceros, who had a hit out on radio at the time. I couldn’t begin to tell you the name of the place, but I remember when we hit the stage I knew that we were a long way from home!

For someone who hasn’t seen you live before, what should they expect from the B.B. King’s show? Entirely new Blackfoot material?

RM: It’s a really cool thing, the band comes out and plays some of the classics and new stuff from the Southern Native CD. They do about 45 minutes or so, and then out of nowhere I come out and join them and play more classics and even some of the new stuff with them. We always plan for a 90-minute show, but once we get going, it usually turns into two hours or more. It is a load of fun!

What’s coming up for you after this tour wraps? Any possibility of Skynyrd returning to New York?

RM: After this show, I will be back south to pursue another project I have in the works, as I am always trying to keep myself busy. As for Skynyrd, we are planning next year and even looking at recording new material and get some new product out, and of course, can’t keep us off the road…

RM: I love to fish, always have since I was very young. My grandfather Shorty, who raised me along with my grandmother, always took me fishing and it has followed me my whole life. Other than that, I love staying busy, writing, recording, producing and even dabbling in television.

Finally, Rickey, any last words for the kids?

RM: I get asked quite often, what is the secret to “making it?” My answer is the same as always: “write great songs and follow your heart!” But along with that, you have to have the perseverance to push through hard times, because there WILL BE those no matter even if you have success, so be careful for what you wish for. But, bottom line, it’s great songs that will last forever.