The Best Craft Beers for A Warm Spring Day 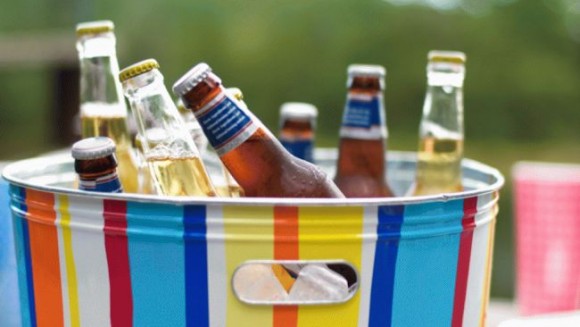 As the weather gets warmer, it’s only right that we change our drink preferences. We’ve had cinnamon infused cocktails and and steamy hot toddies forever (or maybe since Octobber). It’s time to trade your creamy, piney, pumpkin infused beer (as much as you love them!) for hoppier, brighter flavors.

The beer industry is growing tremendously, as younger drinkers gravitate toward new flavor combinations and look for more depth in both quality of taste and number of options. And craft breweries have had an especially successful run. Over the past couple of years, craft volume shares have increased, finally culminating in a double digit market share in 2014. The sector produced over 22 million barrels last year, and analysts only expect those numbers to continue growing. Events like the NYC Beer and Bacon festival, happening at Citi Field this April, have only increased the hype around small, independent companies. Even scientists are jumping on the craft beer trend; new research has been published that highlights researchers attempts to develop new hybrid yeast strains that will affect the taste of future brews. Customizable flavors are in the near future, but in the meantime, we’re serving you this round-up our five favorite springtime brews.

Catch this one if you can! A rarity on the craft brewery scene, hi.P.A is filled with “hops, hops and more hops.” Despite an extended bite, the drink has a smooth, full-bodied flavor. With hi.P.A, is Magic Hat’s strikes the perfect balance between bitter, bold flavor and citrusy sweetness.

Home base for the folks at Roscoe Brewing Co. is right here in the great state of New York (Sullivan County to be exact). The company produces three different brews, though their Trout Town Rainbow Red Ale (try saying that five times fast!) is the one that gets us excited for spring. Floral and citrus notes make this one a winner.

The bright flavor that’s typical of McKenzie’s Hard Cider makes an even bolder appearance in their Lazy Lemon brew. The authentic lemon flavor definitely is a welcome change from the warm, woody notes we’ve been enjoying all winter. Golden. Refreshing. Radiant. What more could we ask for in a spring time brew?

If the rumors are true, Cape May Brewing Company uses a pound of locally produced honey for every five gallons of beer they produce. Consider us sold!

Red Wagon IPA has notes of raisin, wheat, and yeast. The dry finish is a surprising end to this otherwise hoppy brew. While the brewers suggest you drink it with spicy food, don’t shy away from pairing it with less intense flavors to let the taste shine through. For this specific blend, try to find a young, fresh bottle!

There are so many different craft beers, we certainly couldn’t name all of our favorites. Try as many as you can, and find the spring seasonal that best suits your tastebuds!