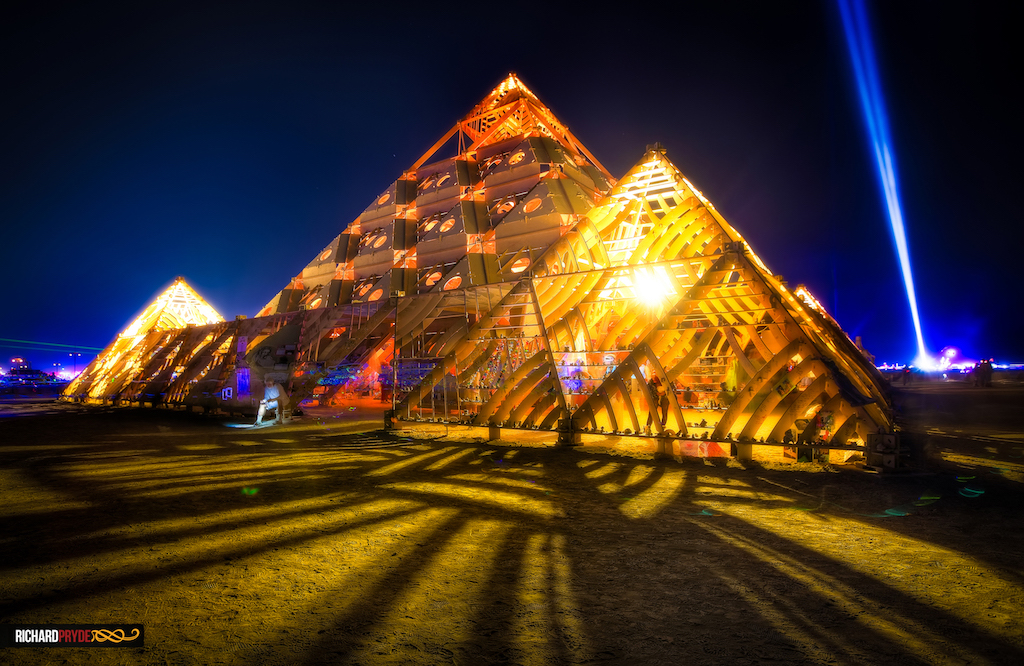 Light, in its many facets, is to artist Bentley Meeker what music is to Philip Glass. “Light is the most powerful tool we have to create any feeling,” says Meeker. Growing up between the United States, the Bahamas, and Canada, Meeker was exposed to forms of light around the world. When he moved to Manhattan at the age of 14, his passion was ignited. While living in the city he was constantly exposed to illumination; it was all around him, so he dove in. Meeker’s first book, ‘Light X Design,’ is an inspiring study in what light can be. Images of Meeker’s work fill the pages. “It’s an art book presented like a photo album, but an album for light and the infinite possibilities that lie within it,” said Meeker.

During the last decade, Meeker has had multiple museum and gallery shows of his light sculptures, including a one-man show at the Whitney Museum of Art. He was also the first artist to have a piece in the Whitney’s new downtown location. The lighting artist has exhibitions at The National Arts Club and the Southampton Arts Center. The Core Club, a private members enclave with a focus on culture and art, commissioned Meeker to create a light sculpture for their lobby.

Meeker also helps create innovative art projects at Burning Man, an iconic weeklong communal experience in the Nevada desert. Meeker has lit the Temple at Burning Man three times, he took over 300 fixtures, a mile of cable and a crew of fifteen to illuminate the festivals main temple. Seventy thousand participants from around the world were drawn to the site by Meeker’s lights over those Labor Day weekends before the Temple was burned down to signal the festival’s conclusion.

Meeker returned to his Canadian roots with the pot-themed show #Weedworld. Meeker created an exhilarating immersive experience in a room filled by a blizzard of marijuana leaves created with light. This installation was a part of the #Grassland exhibit that opened at the Penticton Public Art Museum in British Columbia. pentictonartgallery.com The show featured artists who explored the culture, history and economic impact of marijuana on society. The exhibit was partially funded by the government and engaged viewers in a political conversation about legalizing marijuana in Canada. This year the artist returned with a solo show of his light sculptures, one of which was featured in the New York Times.

In addition to his projects for private clients, Meeker’s public works have included “The “H” in Harlem,” a large-scale public art installation suspended under the 125th St and 12th Ave viaduct in Harlem. When Meeker isn’t creating art or lambent ambience for weddings and corporate events or taking part in festival rituals, he enjoys some downtime, playing guitar with his son Jensen.

Bentley Meeker, lighting designer extraordinaire, converts physical spaces into inspiring environments, ensuring that weddings, galas, and special occasions feel and look as momentous as the events themselves. An early gig as a Palladium stagehand —during the golden era of Ian Schrager and Steve Rubell who also owned Studio 54 — sparked Meeker’s fascination with Vari-Lite, the world’s first moving light, and “ignited the passion that became my career,” recalled Meeker.

Meeker is represented by the Garvey|Simon gallery and his new light sculptures are on view at his studio at 465 10th Ave. Contact (212) 722-3349 for an appointment.