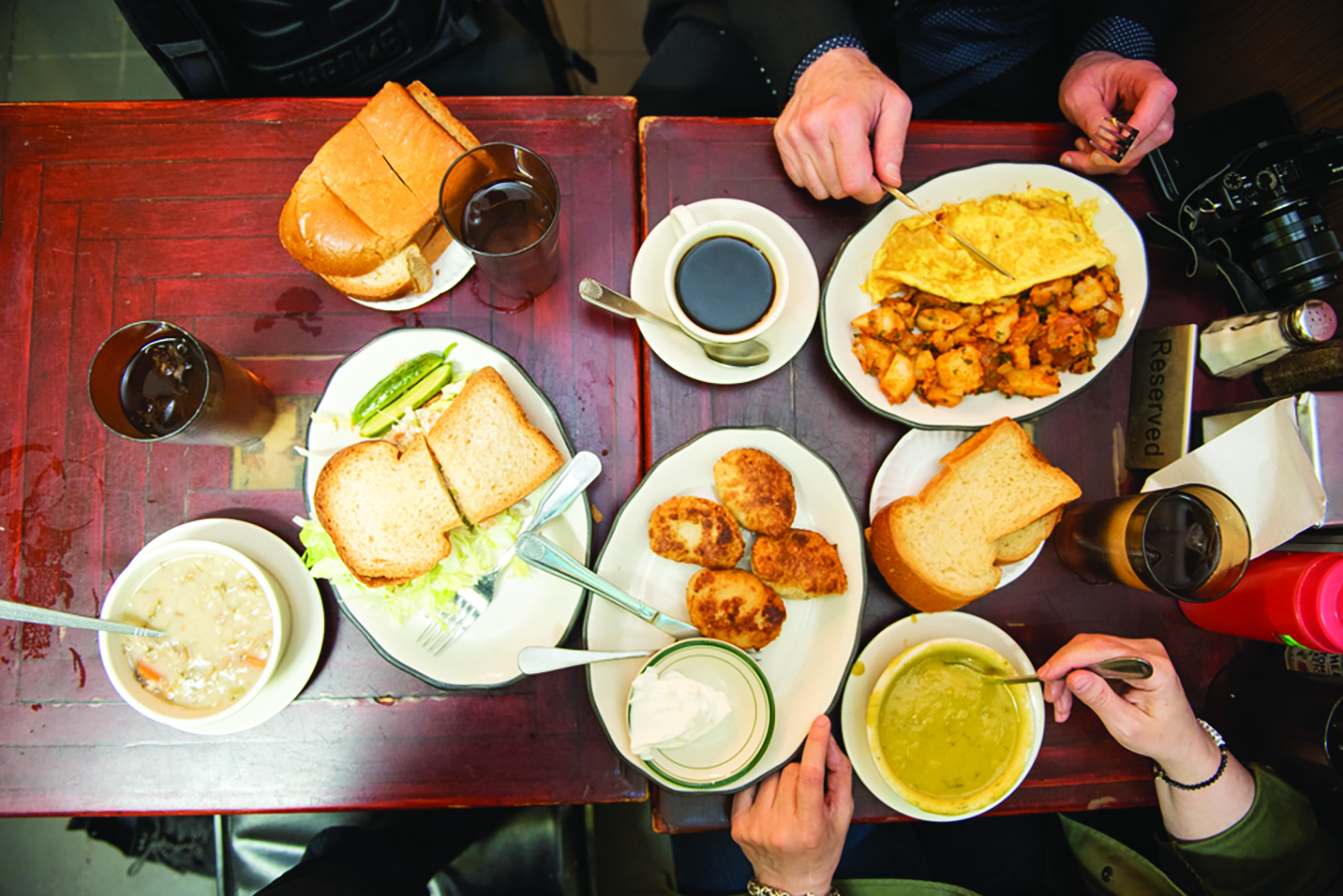 ST. MARK’S PLACE HAS GHOSTS. It has a vibe. It has changed, but this is New York, change is what we do. Every generation believes it was better “back in the day,” but one thing remains true. You might have to search a little harder for that East Village cool, but it’s here if you pay attention.

St. Mark’s was the home place for the Beats in the 50’s, the hippies in the 60’s, and the punks in the 70’s and 80’s. In the 90’s the anarchists took over, and today the street—and the neighborhood—is in transition. It’s definitely more luxurious than when the New York Dolls posed in front of Gem Spa, but the history remains.

Like many New York locations, the story of St. Mark’s begins in the 1600’s, on tranquil farmland owned by one of New York’s first families, the Stuyvesants. It has a Hamilton connection too— Al Junior purchased the townhouse at 4 St. Mark’s Place in 1833, and he lived there with his family and his penniless mother for 10 years. It sold in 2016 for $10 million, but for years it housed Trash and Vaudeville, the first purveyor of Dr. Martens in this country.

Street photographer David Godlis has seen the neighborhood change in the 30 years he has lived on St. Mark’s. We wandered the street together, shooting, talking, and looking for that East Village magic. “The street is always there,” he says. “No matter what the storefront is, it’s the same street where Dylan walked, where Kerouac walked, where the Dolls walked, and where we are walking, right now.” DT

NIGHT OWL Street photographer David Godlis was born in New York City in 1951, and he picked up his first camera, a Pentax Spotmatic, in 1970. He has been shooting photographs ever since. He moved back to the city with his Leica in 1976, landing on St. Mark’s Place. He stumbled into the burgeoning punk scene at CBGBs, where he photographed legendary bands such as Blondie, Patti Smith Band, The Ramones, the Talking Heads, and Television. His photographs, collected in his book, History is Made at Night, capture the emergence of the punk rock scene in the East Village and the Lower East Side of New York City. Godlis says, “I was up in Boston at school, and taking pictures, and I wondered why they weren’t as good as Garry Winogrand’s photos and then I realized, it was because I wasn’t in New York.” He continues, “New York is designed for photography. If you stand on a street corner you can take a horizontal shot of the people walking towards you and it’s a great shot. Or you can take a vertical shot and get the buildings in—also a great shot. Winogrand used to say, ‘just pay attention to the four corners of your frame. If you can’t see it, it isn’t in the shot.’” Godlis’s book and photographs are available through his website, godlis.com, and at I Need More, 75A Orchard Street, NYC. DT