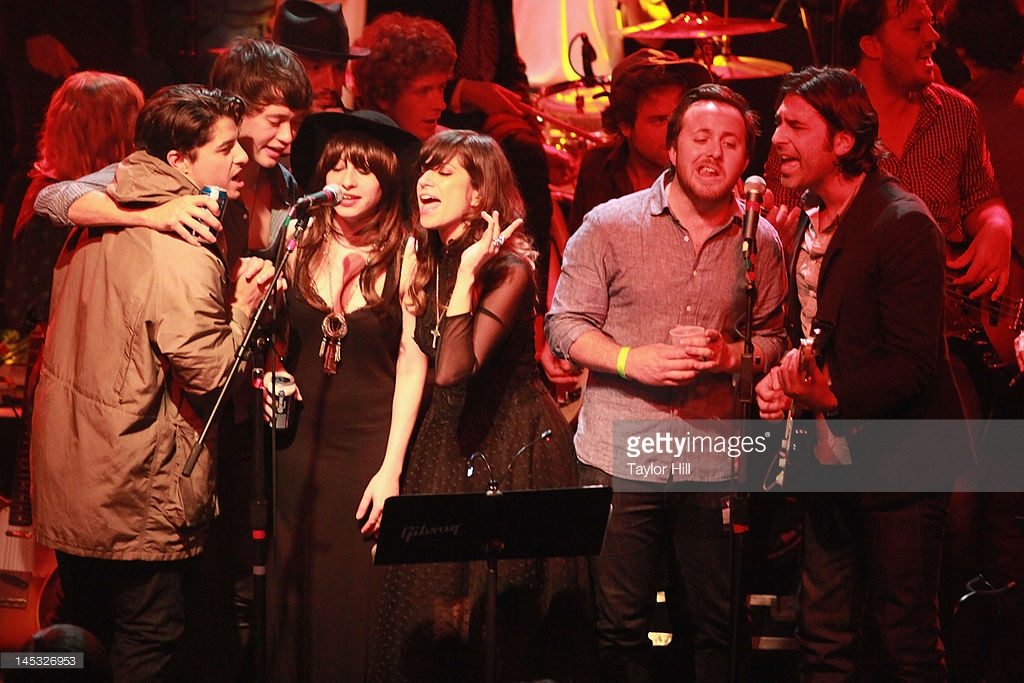 There are a few things that you probably know Austin Scaggs from. First, he’s an important journalist who’s been with Rolling Stone for over 15 years, much of which as a Contributing Editor. Second, he’s an accomplished bassist and producer, and has been putting together Best Fest events with Alex Levy and Matt Romano for years. Third, he’s been in plenty of celebrity poker tournaments. Ultimately, he’s one of those guys whose credits can make a person envious.

The Best Fest series – which has hosted events throughout nine cities including New York City, Los Angeles and San Francisco – is essentially a live concert tribute event. But what separates Best Fest tributes from others is both caliber of the performers and the selections performed. Prior events have been dedicated towards greats like Bob Dylan, Tom Petty, George Harrison and The Rolling Stones. Participants in these shows have included Kristen Wiig, The Killers, The Flaming Lips, The Strokes, Norah Jones, Butch Walker, “Weird Al” Yankovic and Brian Wilson.

Austin took the time to answer some questions for Downtown about the upcoming Neil Fest shows and plenty more. Below, you’ll find a Best Fest trailer. And beneath that, per Austin’s first answer, is a live performance by the father whose Neil Young album was stolen.

What was the first Neil Young album you ever bought?

Austin Scaggs: Well, I stole my dad’s After The Gold Rush CD when I was 12 and spun the shit out of that. During that bygone CD-era, I probably bought four copies of that record, replacing them after I’d scratch them up. I carried a copy in my pocket, sans jewel case, for awhile in high school. Now I have it on vinyl, of course, bookended by my other favorite Neil albums Tonight’s The Night and On The Beach.

Do you have a favorite song by Neil Young?

A: It’s “Revolution Blues.” Obviously! I worship that shit. Levon Helm and Rick Danko offer additional proof that they’re rock & roll’s greatest rhythm section ever. And it’s the best of Neil on so many levels, from his lyrics, to his snarling vocals, to his solo. Every time I hear him sing “I see bloody fountains and ten million dune buggies comin’ down the mountains,” I get chills. It’s one of the coolest lines ever. I am so goddamn psyched to get to play that one at Neil Fest and I want to kiss Matt Hitt from The Drowners for choosing it.

What is the biggest challenge of running a “Best Fest?”

A: Staging a Fest takes months of planning, from securing a sponsorship so we can donate all the proceeds to charity, to wrangling amazing artists to join us in our cause, to putting together an amazing set and rehearsing 40-odd songs with our house band, The Cabin Down Below Band. But it’s not like we’re building the friggin’ railroads here — the biggest challenge while we’re working on a Fest is to try to not have an EXCESSIVE amount of fun.

Might any of the Best Fest shows ever see a CD or digital release?

A: Yes, thank you for asking. For a while, we resisted filming and recording our Fests because we thought, “You have to physically be there to fully appreciate the beauty of the Fests!” But that was really stupid of us, because we’ve been in the middle of some amazing musical moments. So we captured — really nicely — our recent George Harrison and Brian Wilson benefits. At least one of those should be coming out soon.

Are there any artists you haven’t yet done for a Best Fest who you’re still hoping to cover?

A: We’ve definitely kicked around Fleetwood Mac, The Clash, Elton [John] and Creedence [Clearwater Revival]. We’re always open to good ideas. Norah’s been begging us to do a Neil Fest for five years, but I guess Neil is kind of a no-brainer. First and foremost, whoever we honor has to have a shitload of killer songs and appeal to guys and gals. Like, someone once asked us to do a Jim Croce Fest, but that would be a bad, bad idea, if you catch my drift.

Beyond your work with Best Fest and your writing career, is there something you wish more people knew about you personally?

A: Not a goddamn nothing.

Finally, Austin, any last words for the kids?

A: Advice? When you think you’ve heard enough Bob Dylan, keep listening. And, if I may, I want to publicly thank all the amazing musicians that play our Fests out of the kindness of their hearts, especially our longtime champion and savior Norah Jones. These Neil Fest shows are dedicated to her for sticking with us over the years through thin and thick.
The Best Fest trailer: