Artist David FeBland To Be Featured At The George Billis Gallery Through Jun. 25 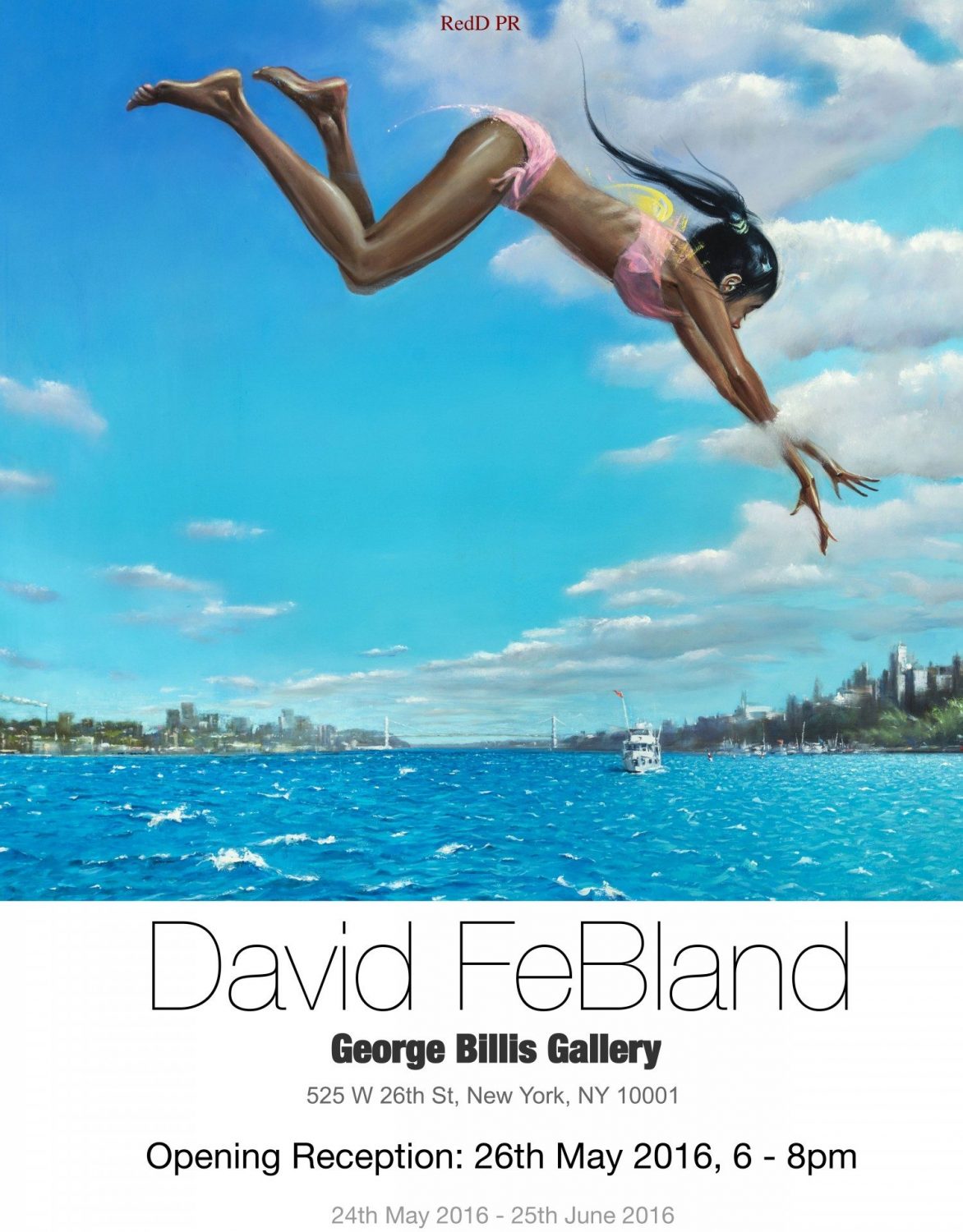 On May 26, Acclaimed artist David FeBland launched a new exhibit at The George Billis Gallery. Located at 525 W 26th Street, the exhibit — titled New York Values — will be open through Jun. 25.

David provided some exclusive commentary to Downtown about New York Values and more.

How would you describe the exhibit to someone who has not yet visited the George Billis Gallery?

DF: I describe the interaction between man and his physical universe through a series of invented truths, a sleight of the facts as it were, inspired by observations of everyday life throughout the world. You could summarize my work by saying that these paintings present the common interactions of life that go unnoticed. They are a series of small stories that over a span of time tell a much larger story. If my life’s work is a novel, each painting represents a sentence. Drawing upon my experiences over a wide range of geographical locations, I create paintings that express my conviction that many of our behavioral responses to each other and to the physical environment we inhabit are universal.

Are there any ties to your current exhibit and current popular culture?

DF: I’m not particularly interested making references to popular culture in my work, because so much of what we commonly-associate with that culture is itself distilled through some medium; originally television but now so many other forms of social media, rather than from direct observation. By creating paintings that derive from my own experience, I become the medium rather than respond to it.

What’s coming up for you once this exhibit has wrapped?

DF: There are several events coming up that I’m excited about. First is a show sponsored by a museum in Weinheim, Germany, the Kunstverein Weinheim, entitled Fragments In Time, which opens on June 7th and runs until August 31st, followed by Art Copenhagen [in Denmark] from August 26th to 30th, where my work will be shown with Galeri Franz Pedersen. After that, I’ll be having my first solo show in Chicago at the Highland Park Art Center opening on November 4th and running to December 1st.