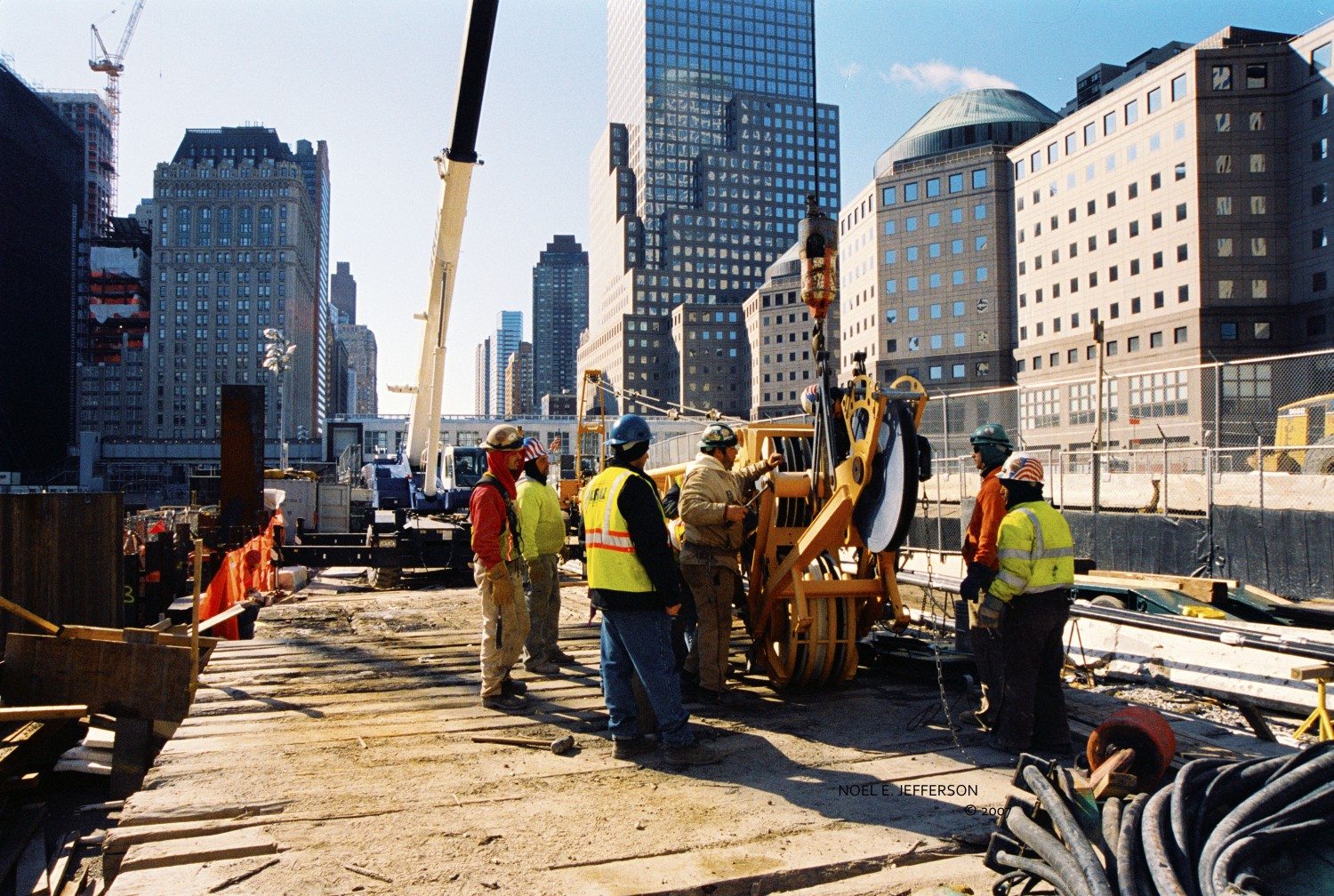 It’s hard to run into someone downtown who doesn’t know Noël Jefferson. The artist, photographer, filmmaker and producer has been one of downtown’s strongest pillars even before Tribeca became “trendy.”

While working towards her Master’s Degree at Columbia Teacher’s College, she moved into the neighborhood “before gentrification began,” when vacant buildings were in high supply and the streets smelled of coffee spewing out from a vacant factory. Today, the Greenwich Hotel and LaConda Verde are grounded in that very spot, where she says she can still smell that same coffee.

“The desolate area had one dry cleaners, a corner store, and one restaurant, on Franklin Street, called The River Run whose owner went to Navarre, Spain to participate in the Pamplona, ‘Running of the Bulls,’” she says, adding that she attributes Tribeca’s rise to fame to Robert DeNiro residence, as well as that of John Kennedy and Harvey Keitel.

On Sept. 11, 2001, she heard what she describes as an unusual shriek that drew her to the window, where she spotted suited stockbrokers gawking, looking south. The neighborhood was usually quiet at that time, so she knew something serious had happened.

“I quickly got my camera and as many rolls of film my pockets would hold, got dressed, grabbed my keys and hurried out of my apartment and onto Greenwich Street. As I proceeded south, I saw what appeared to have been the tail of an airplane hanging from a window at One World Trade Center,” she said.

“As I approached the burning towers, I overheard someone say, “Terrorist Attack!” But I didn’t believe it. How could it be? Why? Who? These were the thoughts that flooded my mind as I tried to sort it all out.”

She recalls, in that moment, feeling sad for the pilot who “must have had a heart attack and accidentally flown into the Tower.” But after returning home to find out exactly what had happened by watching CNN’s coverage of the events as they transpired, she had all of the facts, and a decision to make: return to the site, or stay relatively safe at home.

She chose the former, compelled to capture it all on camera, and stayed at the site to assist the American Red Cross on site for days after.

“My neighbor, Dorothy Drayton, and I worked with the American Red Cross, whereby Dorothy established an on-site location for residents to file loss claims,” she says. “Dorothy and I assisted in the outreach effort to ensure seniors were taken care of, such as, ensuring sufficient food and water supplies, medicine refills and filing appropriate reports.”

Those photos she took 15 years ago have since been exhibited at Museum Of Modern Art, about a dozen galleries in SoHo, in a number of other U.S. states, and even in Europe. Twelve of them currently reside in the Permanent Collection in the Humanities Building of the 42nd Street Main Library.

Over the course of the past fifteen years, she continued to photograph the World Trade Center site.

“The Oculus’ pointed claws fascinated me and soon became my photographic study, as did the ‘bird’s skeleton.'”

In one of her new works, she merges the new Oculus’ interior with its exterior, as well as the Reflection Pool with WTC Tower 1 burning in the background. In her words, that piece is intended to “give life to those who died and strength to those neighbors to the attacks.”

“The vibrachrome photos printed on steel reflect the resolve of my neighbors and those beyond, and represent both strength and sensitivity,“ she explained. Jefferson added that the ones printed on Voile canvas move as viewers approach it, creating a certain languid effect.

Jefferson has done much more than move people with her art. She has served on several World Trade Center redevelopment and planning committees. She also began producing and hosting television interviews with locals, fellow Community Board 1 members politicians and concerned residents.

“We Lower Manhattan residents also carry a heavy heart because we too suffered, more than many might know,” she said, “We lived in a battle zone for years, with holes in the ground, a stench in the air and dust everywhere! Many lost their homes, businesses and most of all our spirit was ripped apart.”

Still, she says, the strength of the community, of the survivors, and of those that the deceased left behind is strong as steel, which led to the ultimate revitalization and redevelopment of the new World Trace Center complex.

“As the anniversaries come and go, my feelings remain the same, but my determination to fight the enemies grows stronger,” she declared. “We must fight for freedom.”