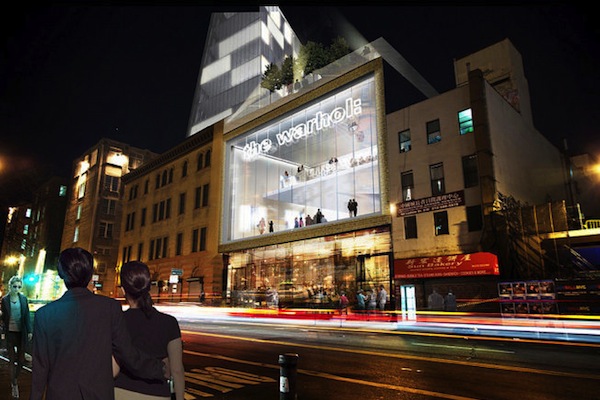 What we could be seeing downtown later this decade!

It has been 50 years since Andy Warhol made his first ever artistic imprint of the city with his iconic and whimsical style in the Upper East Side, where the Bodley Gallery once stood firmly. This year, Warhol worshipers will be pleased to hear that the archetypal artwork of their favorite artist will be venturing back to the Big Apple once again.

Announced at The Andy Warhol Museum‘s 20th Anniversary on May 17, confirmation of the museum opening a branch in New York City was made by Eric Shinner, Director of the museum, during a black-tie dinner.

The new museum will be part of the Essex Crossing project that includes 15,000-square-foot of open space and a new and expanded Essex Street Market. The prospective museum will allow New Yorkers who lack the desire to road-trip all the way to Pennsylvania to see a selection of Warhol’s famous works in our very own Lower East Side. Delancey Street Associates, an alliance of three developers, have won the approval of build this development in September. The city has bulldozed a set of run-down apartment buildings in the Seward Park neighborhood. Ever since, the area has been used as parking lots with chain link fences.

Unfortunately, the museum won’t be gracing our doorstep until 2017. “There is still much work to be done to finalize the project and plans and designs,” said Shinner during an interview with the Pittsburgh Post Gazette, a week prior to the museum’s anniversary.

So until then, maybe you could find the motivation to hop over the border and check out the fabulous Andy Warhol Museum in Pittsburgh. You could even make a day out of it and stop by to check the Big Mac museum whilst you’re at it. Yes, that is a thing, and no, we’ve never been.