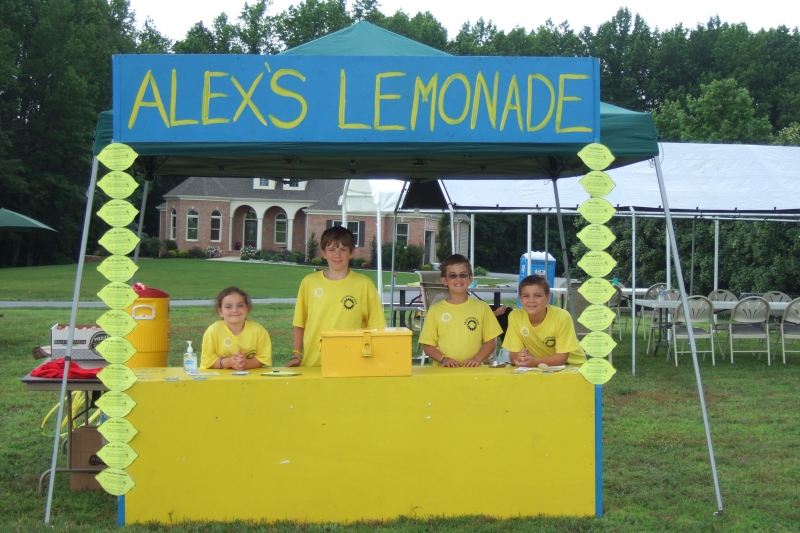 The Alex’s Lemonade Stand Foundation (ALSF) is named in honor of Alexandra “Alex” Scott who was diagnosed with neuroblastoma, a type of childhood cancer, before her first birthday. Following a stem cell transplant, Alex decided she wanted to hold a lemonade stand with profits going to doctors to “help other kids, like they helped me.” Alex’s first lemonade stand raised $2,000.

People around the world heard about Alex and her fundraising efforts and began hosting their own charity lemonade stands, as a show of support. The organization has raised over $1 million to date. Alex lost her fight to cancer at age eight, but the Alex’s Lemonade Stand Foundation, run by her family and supporters around the world, continues to raise money to battle the disease which took her life.

Alex’s Lemonade Days, held during the second weekend of June, is a yearly fundraiser for the Alex’s Lemonade Stand Foundation. Participants can help by sharing Lemonade Days information on social media using #LemonadeDays or hosting their very own charity lemonade stands. Lemonade stand participants should register with http://www.LemonadeDays.org by June 5. Participants who register are sent a free fundraising kit, which includes posters, banners, and thank you cards.

The money that is raised during this annual campaign is earmarked for grants to assist cancer researchers in their early careers, advancing the pace of ongoing cancer research, and improving the quality of life for cancer patients and their families.