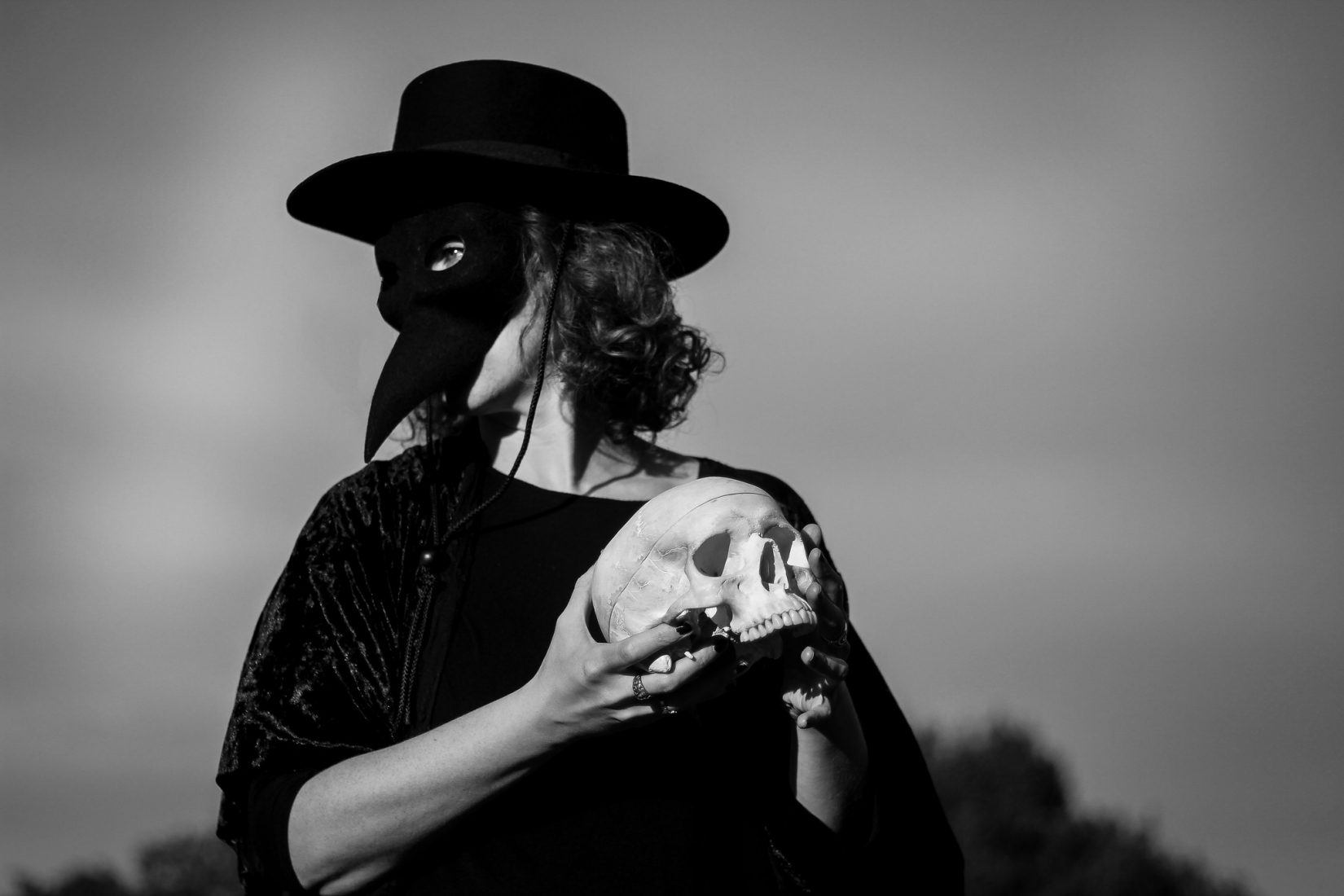 Death is not a subject one wishes to consider during the Yule season, but Adrian Sexton stares it down with her new one-woman show, DEATH! A Macabre Cabaret, premiering this weekend at Solocom.

The Titian-haired Sexton is a delightfully unique figure in the NYC comedy scene. Her passion for history, classic cinema, and music has been incorporated into her eclectic stage incarnations: Merchant Ivory films, tarot readers, a long-running improv tribute to Who’s Afraid of Virginia Woolf? …and even all four Beatles. Her character-driven comedy channels that of Tracey Ullmann, French & Saunders, and Amy Sedaris, but with a generous twist of Blackadder. She uproariously transcends time and space.

In this performance, Adrian Sexton reimagines Death as having been cursed by a wizard and forced to live out a human life (Sexton herself), enduring the experience of watching a loved one pass away. Through storytelling, humor and song, she explores the complexities of dying from her personal standpoint.

“Death is a character that has existed since the dawn of time, so it’s seen some shit!” says Sexton.  “What DOES Death think? What makes Death sad? But Death’s still a heightened version of me…so I’ll throw some Duran Duran in there.”

Sexton notes that dying is still quite taboo, despite it being a universal experience for everyone. Last year, Sexton’s beloved father passed away after a long illness. She hopes to strip the mysteries and fears surrounding mortality, and wants people to cherish those moments of happiness, love and empathy that still exist in the darkest of times.

“Death is fluid and neutral. It takes king and peasant alike, so there is no empathy in death. And yet, we, the living, can show stunning compassion when someone experiences a loss. Even if you want to be alone and sad, you’re suddenly confronted with others’ feelings and hangups…which in retrospect I found quite humorous. Go away! No…stay! Also, the show takes place over Christmas, which is a ridiculous juxtaposition of joy and grief. I incorporate Christmas songs with lyrics that reflect what I was experiencing. You need to keep laughing.”

Inspiration for this show struck her at a hip-hop class at Freestyle Love Supreme Academy.

“Freestyling my truth was a revolutionary moment. I can be funny AND sad and speak honestly? At the same time? Whoa! That was the seed I needed to have the guts to write something this vulnerable.”

Sexton also credits tarot as a source of inspiration…after repeatedly pulling the Death card when applying to Solocom. She toyed around with various ideas, but all led back to the recent experience of losing her father. Director Zak Sommerfield suggested Sexton simply tell her story for the show.

‘The Death card doesn’t mean literal death. It’s about endings and new beginnings, so pulling it made me think about what my work will reflect going forward. Imagine if I pulled another card? You’d never hear from me again if I pulled the Hermit!”

Death! A Macabre Cabaret debuts Saturday, 23 November at 7:30 PM at the PIT Underground. Future performances to be determined.