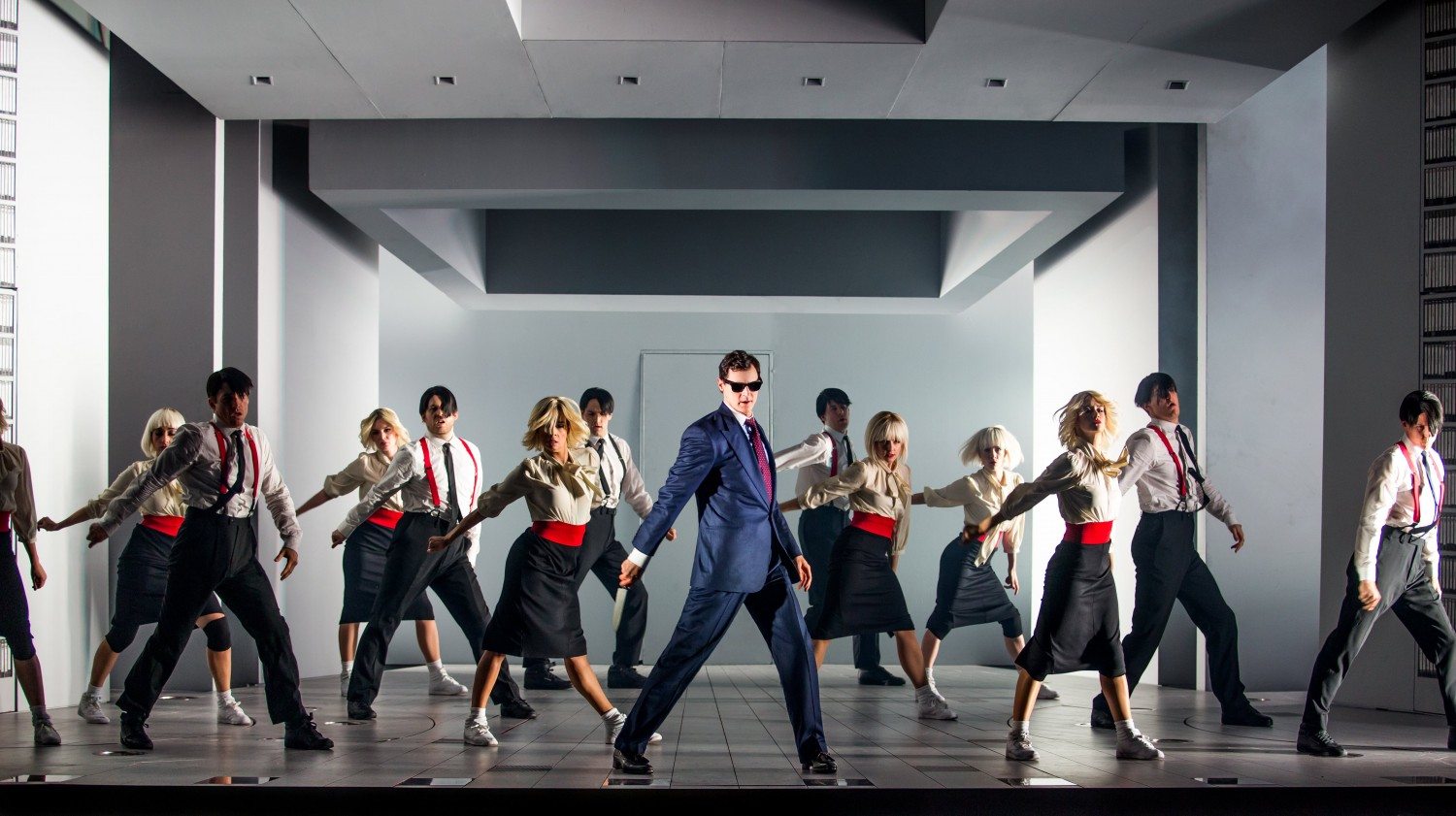 Last week I read the unfortunate news that the Broadway production of American Psycho was closing on Sunday, June 5. I had the pleasure of interviewing cast member Heléne Yorke prior to the show’s premiere, and the early reviews were excellent. I finally had the opportunity to see American Psycho live last night, May 30, and must emphasize how wonderful this production was.

Here are eight reasons to see the show while you still have the chance:

– The Design – The scenic design was overseen by Es Devlin, who has worked on major tours for the likes of Adele, Beyonce, U2 and Kanye West. Without giving too much away, the beginning of the show may have you wondering why the stage and overall set look so small. As the show progresses, the lighting — as designed by Justin Townsend — is likely to blow you away, as will how many sets the stage accommodates.

– Set Change Humor – Related to the design of the stage, the conveyor belt-esque set changes are practically one of the show’s central characters. There are jokes executed entirely because of the immediate set changes. This is in addition to a few Pippin-like moments where the scenery is being changed by a person on-stage like it’s no big deal.

– The Music – Duncan Sheik had a few radio hits in the 1990s before striking it big as a Broadway composer. As expected, the score of American Psycho is great, as rooted in 1980s-inspired dance and dark synth-pop, with a few 1980s pop classics mixed in. The arrangements on those hit songs are very interesting, as opposed to being straight-up karaoke covers.

– The Instrumentation – Beyond a lot of the songs themselves being memorable and captivating, the orchestrations are impressive. The score features synth-bass and an electronic drum kit, rather than the bass guitar (or upright-bass) and standard drum set that one would expect in a Broadway pit band; all of that band is visible in the balcony. While the score skews towards electronics, there are also plenty of acapella vocal moments within the show, showcasing a cast that can really sing.

– Special Effects – Without giving away any spoilers, the show has a few visual tricks in it that made me puzzled as to how they pulled it off. One involves a business card. Another involves a murder. But some of these special effects are likely rooted in the brilliant stage design, which absolutely resembles that of an arena concert production.

– The References – As with the book and movie, American Psycho is full of pop culture references. Not all of the references are 1980s-specific, as some of them are hints on what’s going on in the world. A politician that’s currently making headlines finds his way into the script. In addition, a fictionalized version of an actor that’s mentioned in passing within the movie has a short scene within the play.

– New York – If you’re a New Yorker, there are plenty of local things referenced in American Psycho that you ought to find amusing. Restaurants, streets, addresses, clubs, landmarks, and even a part of Long Island get spotlighted. Ultimately, the city is both praised and mocked throughout the play, much like a local New Yorker would do.

– Philosophy – While the ending of American Psycho is not your typical Broadway ending, the play explores a lot of interesting and relevant themes. A lot of attention is given to greed and materialism. In a very different way than Avenue Q, there is focus on one’s purpose. In other words, aside from the spectacle that comes within a major stage production, there is plenty of exploration of philosophy and sociology.

If you like the movie starring Christian Bale and/or book by Bret Easton Ellis, American Psycho is a must-see. Its first act was not only one of the best first acts of a play that I can recall seeing, but I found it to be as funny as The Book Of Mormon. The second act was nowhere near as great, yet the strength of that first act helped me forget any of the second act’s imperfections.

Assuming that American Psycho is closing as planned on Saturday, my fingers are crossed that the production can live on in some form, whether it’s a national touring company, an international production, a home video, or an off-Broadway revival. The show was the recipient of eight Outer Critics Circle Awards nominations — winning two of them — and two Drama League Awards nominations, while USA Today gave it four out of four stars, as further proof of why this show’s closing will be a major loss to Broadway.