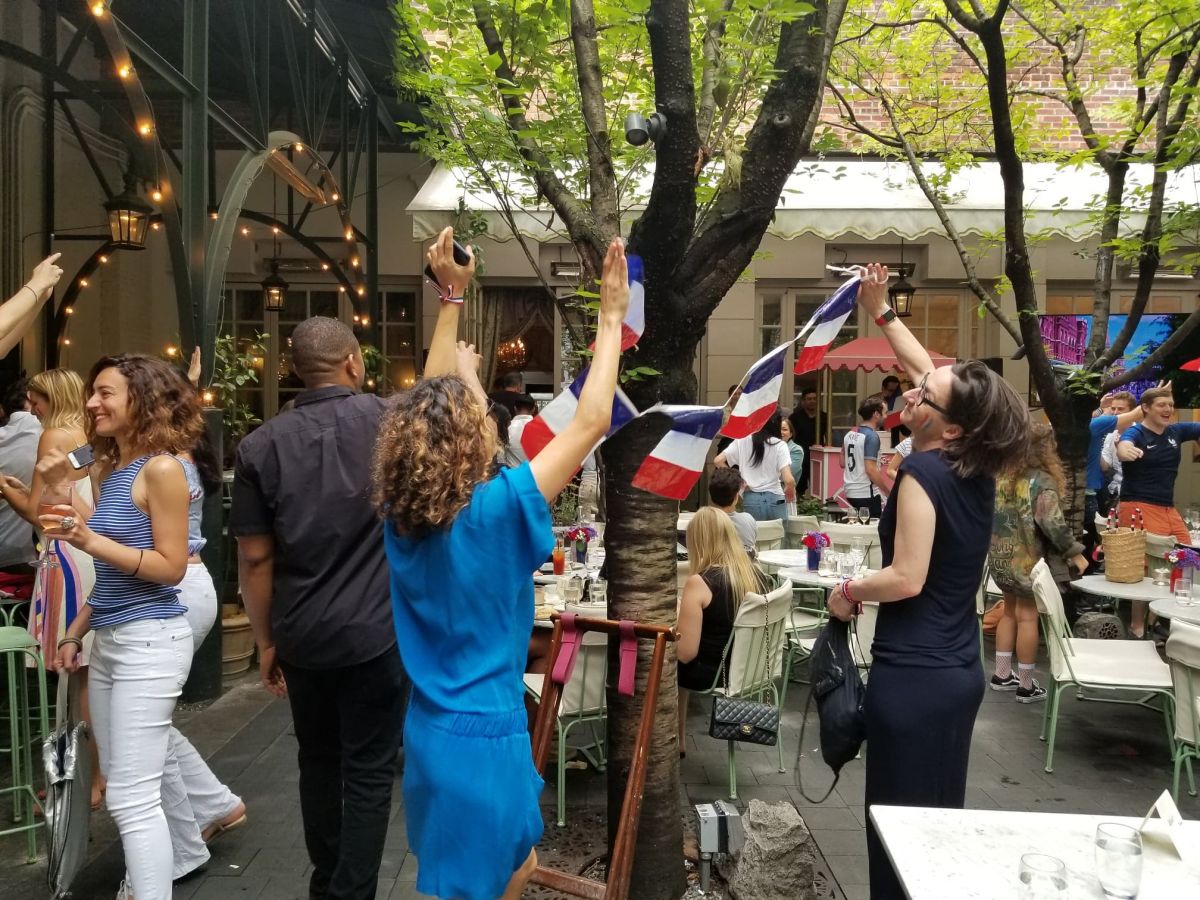 The FIFA World Cup unites people from all over the world by pinning them against each other. The competition came to a close this past Sunday when France defeated Croatia 4 to 2. French fans erupted into song, and pride watching France take home the victory in Soho’s bars and restaurants.

When searching for authentic French cuisine, New Yorkers turn to a small series of French restaurants established within a few blocks radius from one another. At Ladurée on West Broadway, French fans found a little piece of home.  “I’m a French intern and so I was kind of upset that I could not be in France to celebrate. There are so many great French places. I came here because I knew I would find people here who feel as excited as I do. I am so proud to win” said one Laduree guest with French flags painted on her smiling cheeks.

The crowd exuded a communal sense of honor and happiness. “We feel amazing, joy, pride, honor. We have been waiting for this for about 20 years and we deserve it so much. We are the best” said one diner. A choir of fans behind him nodded in agreement and echoed “we are the best.”

This is Frances second victory in the past two decades. “We all remember where we were when we won in ‘98. I will remember being here forever. I am full of French pride and happy to have my French friends” said a fan wrapped in a flag.

Patrons of Ladurée young and old joined in singing several French songs. However, the crowd was most energetic when the group sang along or, shouted along with “We are the Champions” by Queen.

The World Cup may unite people on an international level, but so do local establishments like Ladurée.  The restaurant, and ones like it,  bring a taste of French culture to New York City and invite individuals of all backgrounds to celebrate, eat, drink, and interact as they do in France.

Next time you are in the mood to travel but want to stay close to home, visit Ladurée. If you are ready to commit to traveling to France, make sure to read Five Reasons to Hop on a Plane to Nantes, France this Spring before booking your flight.